Check out my about.me profile 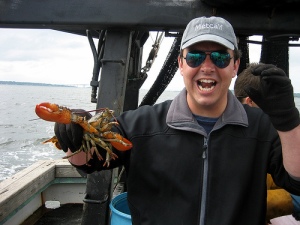 Jeff cut his teeth in journalism before the luxury of spell check (yes, he remembers Atex), online stylebooks and the tolerance for “creative” grammar. However, it was also the beginning of the Internet Age. Therefore, he can spell like an old guy and blog like a young one. He can even diagram a sentence while linking every reference to its original source.

He has the best attributes of the 20th- and 21st-century journalist.

Jeff has been a writer for more than 20 years. He has first-hand experience in environmental science — from touring alternative energy facilities in Denmark to studying marine aquatics in New England, exploring the Florida Everglades, investigating invasive species in Georgian Bay and learning about wind turbine technology in Colorado.

He studied at one of the nation’s top journalism schools as an undergraduate. His graduate work is in environmental science.

Of course, Jeff has won awards — he was even recognized as the Journalist of the Year by PRSA. However, it’s not awards that make him a great writer. It’s the strong foundation he has built. For years, he has strived for continuous improvement in his technique. He seeks out experiences to better develop his understanding of the issues affecting our environment.

He went back into academia to study the scientific principles at a graduate level, so he can use his skills as journalist to explain to the layperson what’s happening to our planet.

He’s also a really fun guy to work with.

Jeff’s credentials are available at LinkedIn. If you’re looking for an environmental writer or editor, contact him at jeff (at) jeffkart.com.